We would like to say thank you to everybody who has donated to us in support of our mission. Every donation helps us rescue a dog that can be trained and given a second chance at life by helping a disabled Texas veteran. While we mourn those who have passed, we are thankful to those who donate in their memory.

“Thank you Don and Nancy Vaughan for your generous donation in memory of your beloved pet, Ruffin”.

“Thank you Lorraine Joyce for your generous donation in memory of your rescued beloved pet, Riley”.

Byron Warren passed away in Kerrville on September 17, 2022.  Byron, a fourth generation Texan born in Waco on August 23, 1949, grew up and worked in Austin before retiring to Kerrville in 2006.  Raised by a single working mother, Byron quickly learned how to be responsible for his own needs as well as the needs of others.

Starting at fourteen, he delivered the Austin American Statesman in the area around the University of Texas.  He managed to get a driver’s license the next year, opening a new world of opportunities for work and wild adventures.   Immediately after graduation from Reagan High School (Austin) in 1968, he enlisted in the Marines at the age of 18.  This was the beginning of his lifelong dedication to public service that literally ended the day before his death when he attended a meeting at the VA hospital.

The Marines assigned Byron to 1st Marine Division, 1st Recon Battalion, and after advanced sniper training, shipped him to Vietnam.  In Vietnam, he worked in seven-man teams that were dropped into the jungle for patrols that lasted several days.  In August 1969, Byron was wounded when his team encountered heavy fire and was evacuated to Oakland Naval Hospital where he recovered.

Returning to Austin, he studied accounting at UT while working at the Veteran’s Administration.  He became proficient in a new technology called electronic commerce, and for the next 40 years would assist the VA and later the Department of Treasury, in deployment of new computer-driven technologies throughout the U.S.

After retirement, Byron continued his public service including as an elected city councilman for the City of Buda, Austin Federal Credit Union Board, Military Order of the Purple Heart, VA Dogs of Texas, and Veterans of Foreign Wars (Fredericksburg).

Byron is survived by his wife of 47 years, Harriet Bergmann Warren, his sister, Cyndee Warren Thomas of Rising Star, Texas, and many friends.  A celebration of Byron’s life will be held at a future date.

Those wishing to honor Byron through a gift in his memory can make a donation to VA Dogs of Texas (www.vadogs.org ), Fredericksburg VFW Post 7105 Building Fund(https://vfwpost7105.com), or a charity of choice. 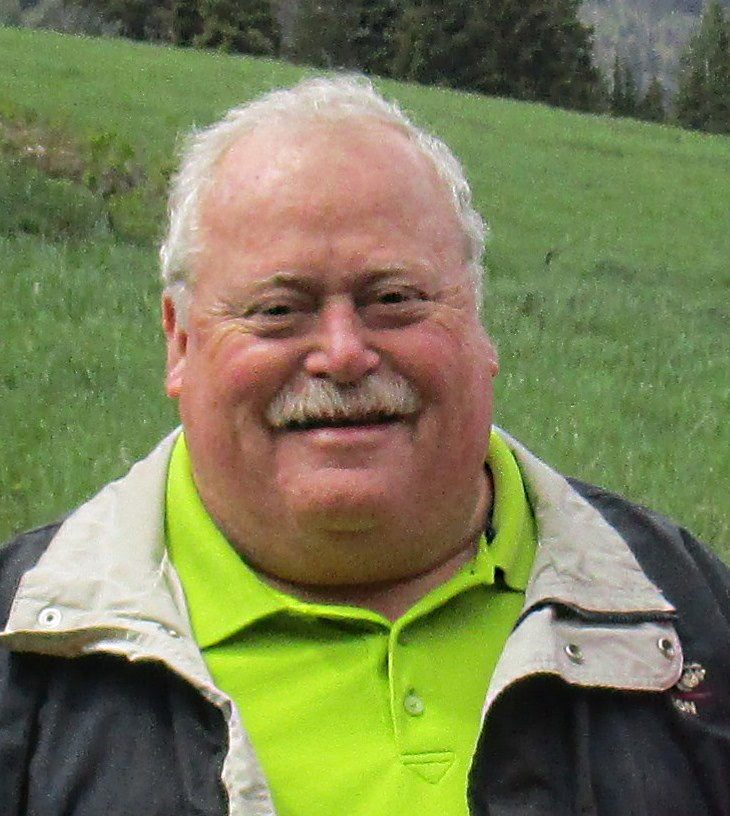 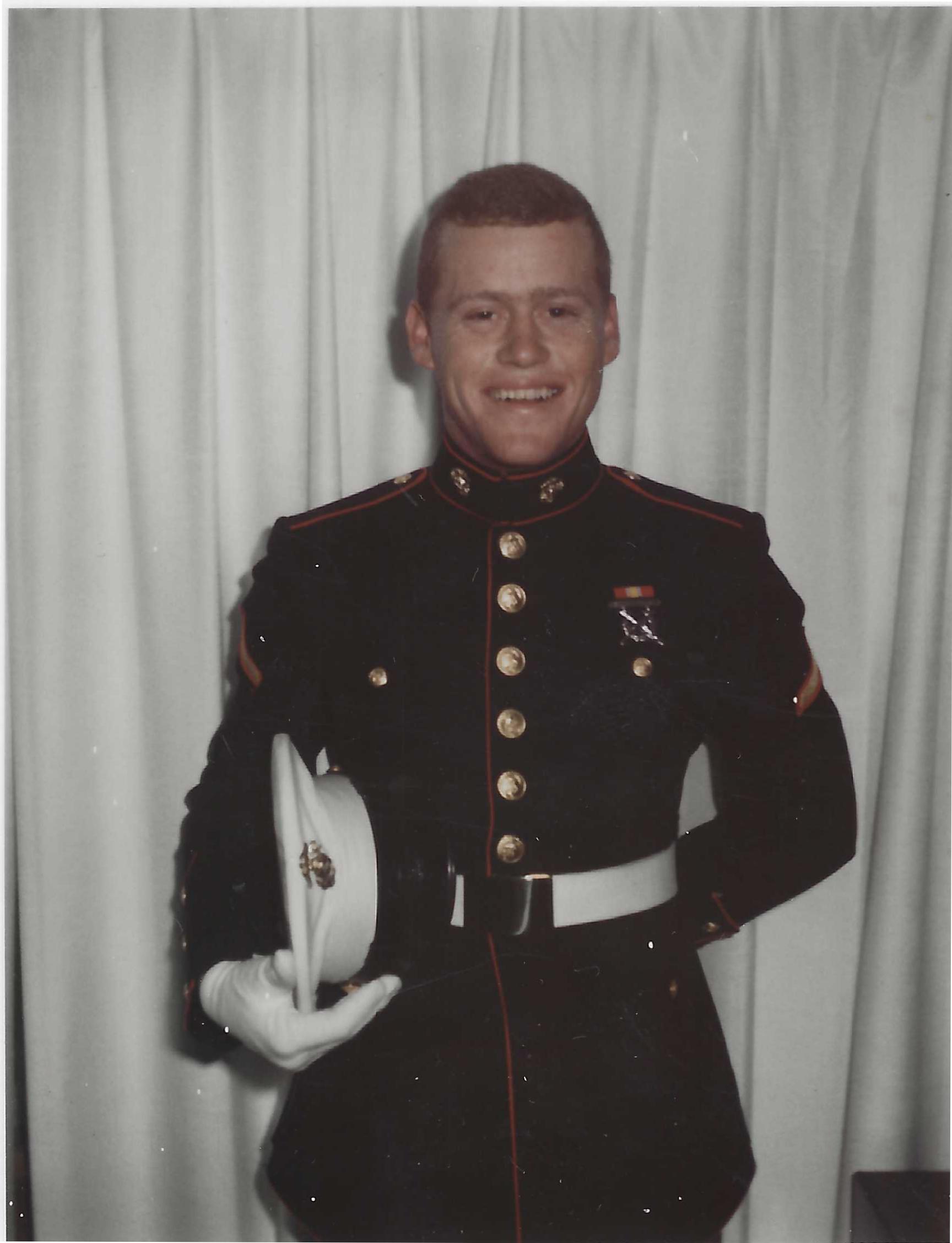 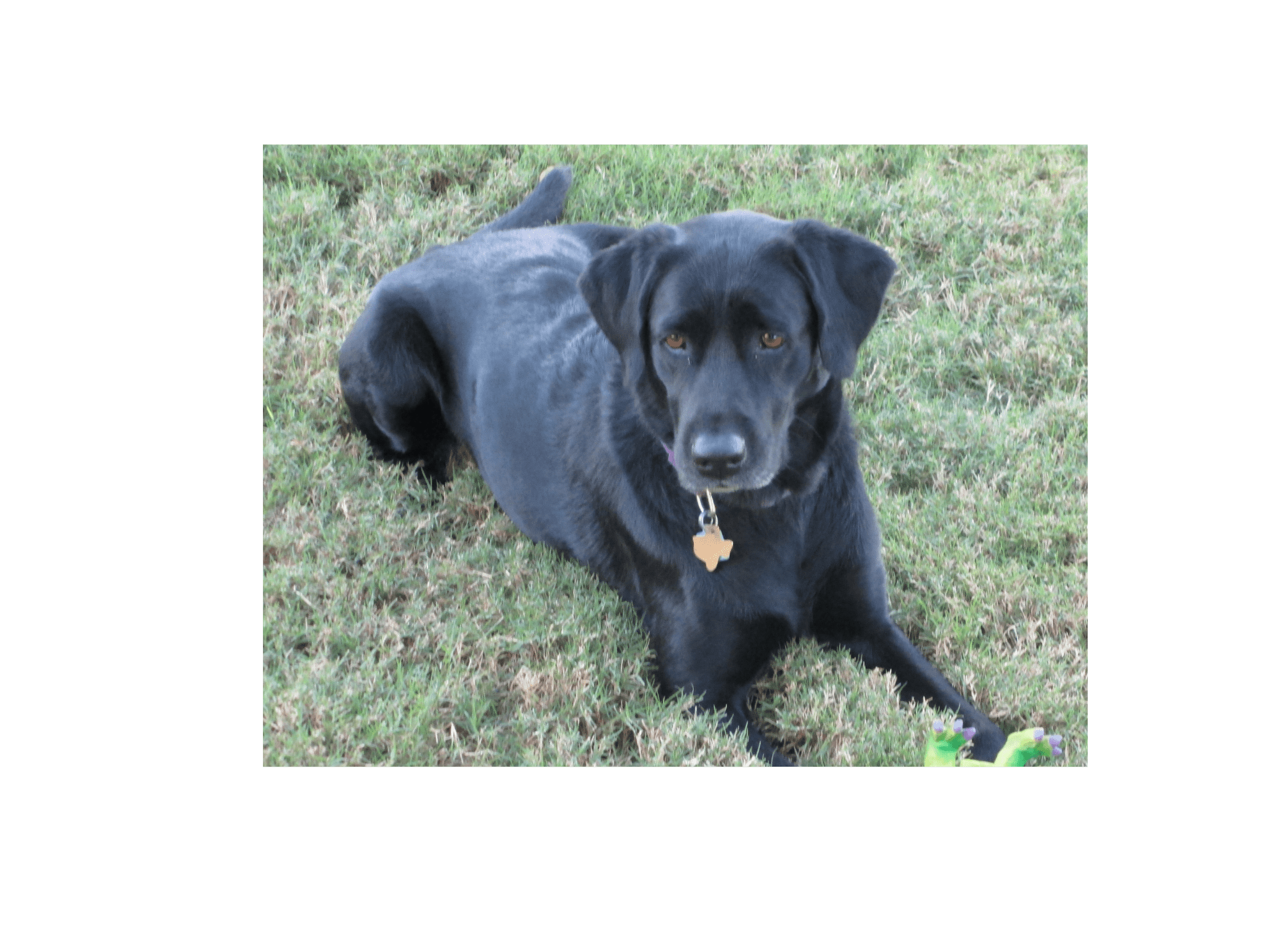 Thank you to Mr. and Mrs. Byron Warren for their generous donation in memory for their beloved dog Tina. 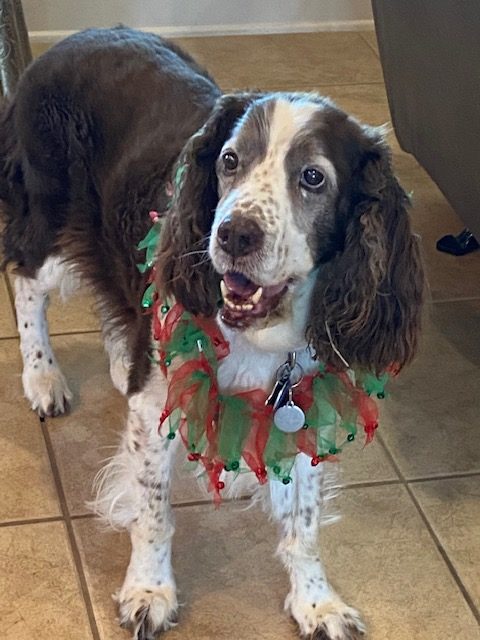 Thank you to Pat & Charles Collie for the generous donation in memory of Cassie.

Terry was preceded in death by his parents, Lewis and Frances Peeples, and his sister, Ann Peeples Biggers.

Terry was born on September 27, 1947 in Jackson, MS and grew up in Clarksdale, MS. He received a Bachelor’s Degree from Mississippi State University in 1969 before enlisting in the Army National Guard, where he served 6 years. He then earned his Master’s in Business Administration and eventually found his calling as a hospital CEO. His career afforded him the privilege of working with so many people whom he viewed as family from hospitals in Houston, MS; Nashville, AR; Vicksburg, MS; and Hopkinsville, KY. 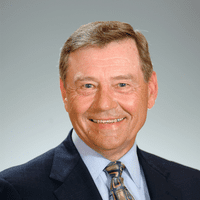 A Native son of Texas, Larry was a proud member of the Sons of the Republic of Texas-Alamo Chapter, the Sons of the American Revolution-Hill Country Chapter Texas Society and a veteran who served honorably in the United States Air Force both in the United States and abroad. An avid outdoorsman and family man, he loved to work on and shoot guns of all types. Larry enjoyed traveling throughout Texas and the western United States and sharing stories of travel about the mountains and deserts with his family and friends. A great husband and father that gave so much, even when he didn’t have too.

Larry was preceded in death by his parents Charlie and Lamoine Morris, a baby sister and his 1st wife Shirley Walker.

In lieu of flowers the family has requested donations to Veterans Assistance Dogs of Texas. You can go to vadogs.org and donate or send donations to 832-C Harper, Kerrville 78028. 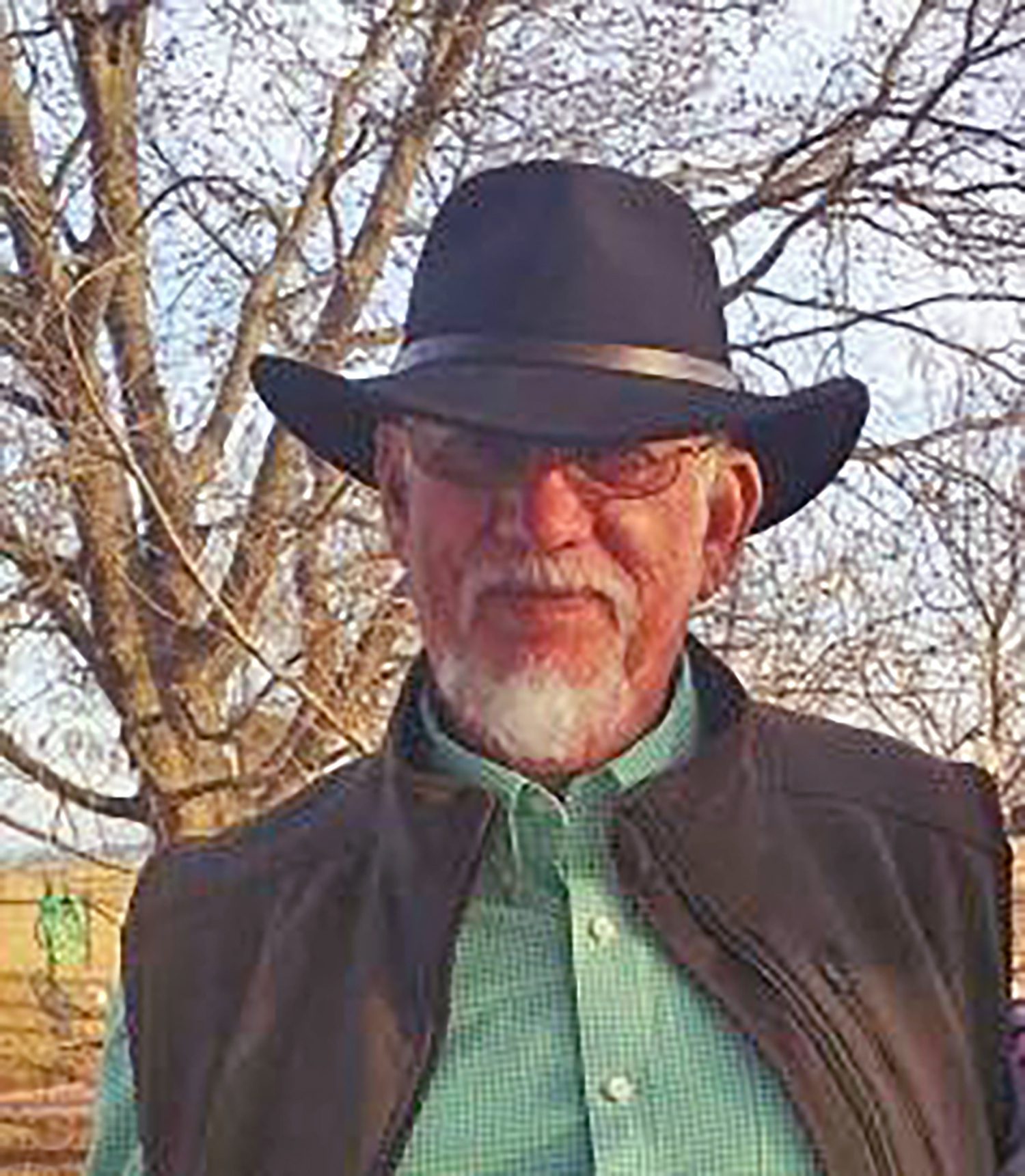 Michael Neal “Mike” Walker, 80, of Kerrville, Texas, passed away peacefully into the presence of his Lord Jesus Christ (2 Corinthians 5:8) on Friday, September 3, 2021. A formal celebration of life will be held at 2 PM, December 18, 2021, at Trinity Baptist Church, during the college school break so
all the family can attend. This event will include virtual live feed access, for those who might not be able to attend.

Mike was born in Fort Worth, Texas and was preceded in death by his parents and baby daughter, Kari Lynn. He is survived by his loving wife, Ginny, his younger sister, Suze, his sons, Chris, Mark and Dustin, two daughters, Tiffany and Heather and their spouses, eight grandchildren. He was a man who loved the Lord, his wife, all his family, especially his grandkids and friends deeply and passionately to the very end and now for all eternity. He was truly larger than life. He
recognized he made mistakes and tried to overcome and learn from them.

His smile and grin could light up a room and fill it with joy. He was a devoted big brother and loved and cared very much for his little sister. He adopted many individuals “by heart” as they say. He called many a person brother or sister and meant it. He tried hard to make people happy and to love
as Christ loved Ephesians 5:1-2] and his presence will be truly missed.  He had an adventurous spirit. Many a story will continue to be told of what was known as, “Adventures with Mikey.” Those adventures included, 1st place Endurance Team motorcycle racing at Texas World Speedway, trips to race and watch motorcycle competition at Daytona International Speedway and unofficially a little street racing across Texas in the later 1970’s and early 1980’s, so
the stories go.  He enjoyed numerous motorcycle cross-country trips with friends and family to Colorado, New
Mexico, a once in a life-time solo trip up Highway 1 in California into Canada and back down the
heart of the United States. One of his favorites was his many trips with friends and family to Big
Bend National Park and West Texas. 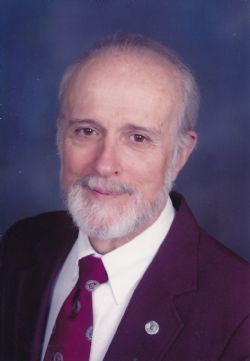 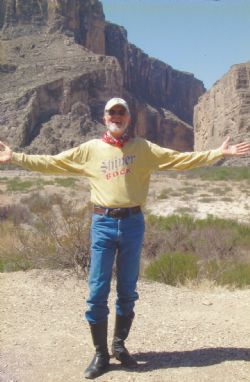 Matthew Lee Anderson, 41, of Baytown, passed away Wednesday, July 21, 2021, in Houston. Matt was born April 7, 1980 in Houston, to parents; Talbert Eugene and Jaclynn Marie Hasten Anderson, and has been a lifelong resident of the Baytown area. He was a graduate of Ross S. Sterling High School class of 1999, a Shop Foreman and Master Technician for Gene’s Powersports Country, participated with Ducks Unlimited, and was an honorary member of GCCA. Matt also enjoyed hunting, fishing, racing, spending time with his children and will be remembered for always helping others. Matt is survived by his sons: Cody Lee Anderson and Tucker Evan Anderson, parents: Gene and Jackie Anderson, sisters: Jena Anderson Cummings and husband Brian and Mary Anderson, nephews: Zachary and Keegan Cummings and Kaden Anderson Cogan, numerous other relatives, and friends. 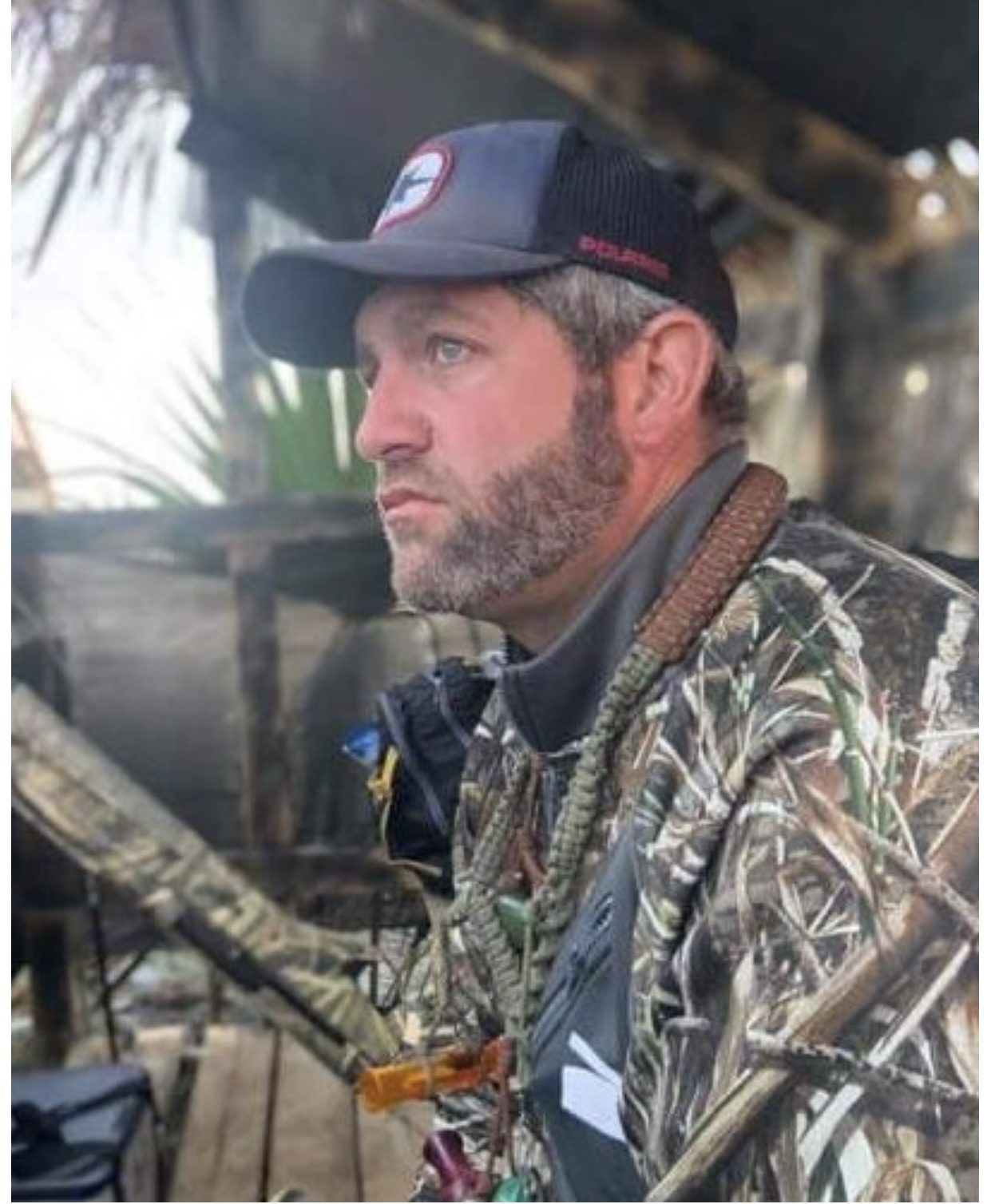 Born in Chicago Illinois, August 2, 1946. On March 20, 1970 she married Jerry Askins and began a life shared over 50 years full of love, happiness, laughter, fun and travel.

She always had a love for children. As Kindergarten Director of Calvary Baptist Church she taught countless children to count, color, and use their manners. When she became a mother in 1974 to her only daughter, her life forever was filled with joy and excitement. She was known as Gi Gi to her grandchildren and anyone else who felt close to her.

She joined her husband at the helm of his business and together created Askins Polaris. Their hard work and effort paid off and afforded the opportunity to retire into a lifestyle of travel and leisure. During their journeys they formed lifelong friendships and unbreakable bonds with people across the country.

She was a member of the American Coach Association, South Central Chapter, Crusin’ Cajuns, the Texarkana Humane Society and the Red Cross. She was a strong advocate for the Veterans Assistance Dogs of Texas.

Her zest for life was an inspiration to anyone who met her. She will be missed by all for many years to come. Survivors include her husband Jerry Askins; daughter and son-In –Law Nikki& Kevin Furlow:  3 grandsons and her mother Jeri Gunell. 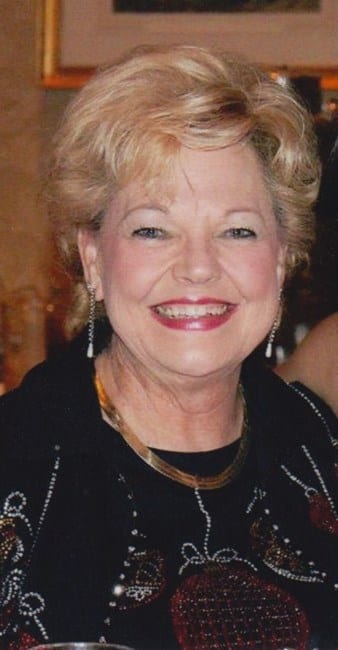